Today we visited Seodaemun Prison, a historic real prison site that was used by the Japanese to suppress the South Koreans during their occupation of the latter until World War II ended in 1945. It was a somehow sombre visit, what with the cold weather, but somehow necessary and meaningful as well to learn such a bleak era of human civilization.

Let's all hope and pray, work our best, and love one another so there will not be another war on anyone or any nation. 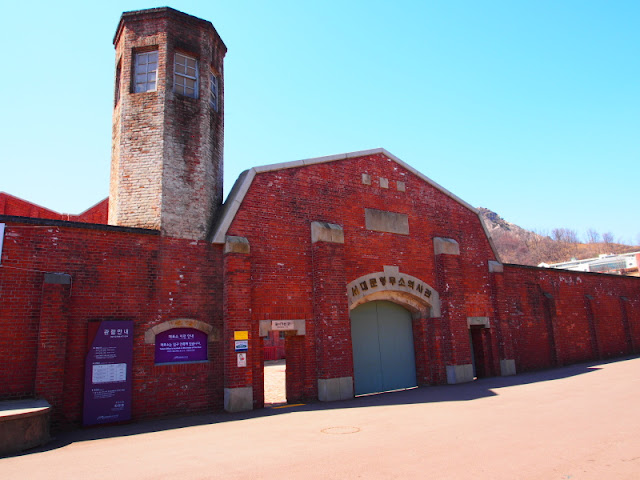 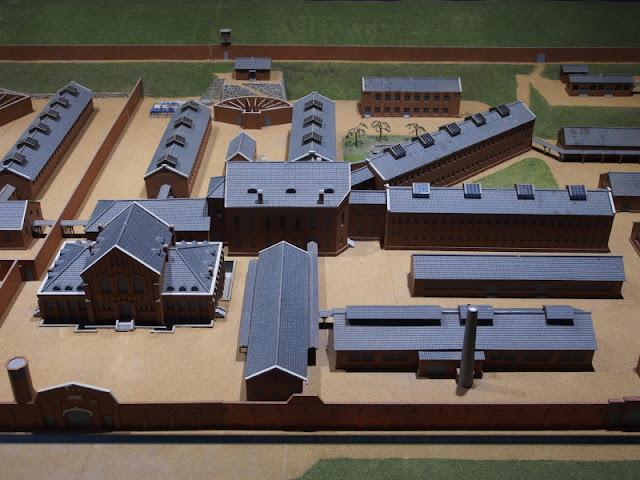 The site is considerably smaller than the whole original complex - The buildings shown on the miniature photo above is pretty much mostly what were left standing nowadays. Patrons can see various prison relics, short documentary of survivors, various torture methods that were actually used, and even the execution ground (death by hanging). 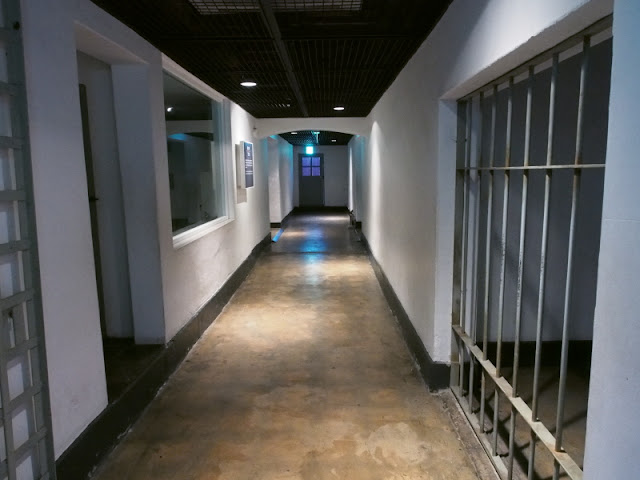 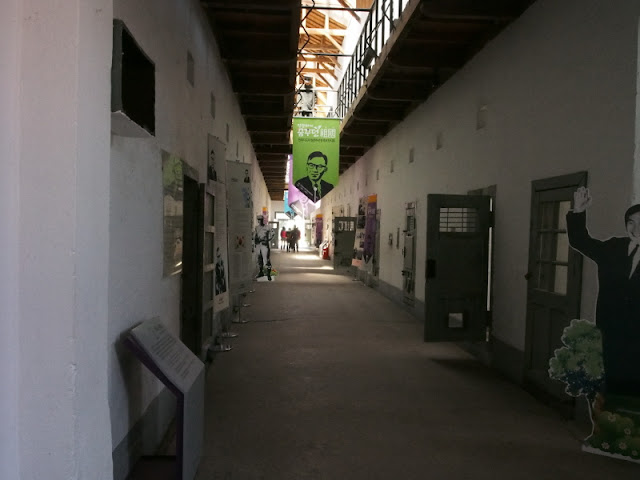 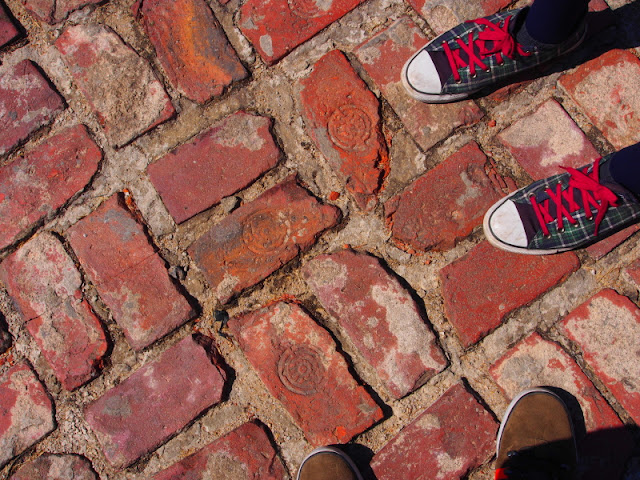 After somewhat depressing morning because of the visit (although by no means I would have missed it. It makes me all the while more grateful of my life and what I have right now, in this generation), we decided to visit the infamous beauty belt of South Korea.

Nothing beats looking at first world problems after such a meaningful visit to a historical prison,right?

It is an area around Apgujeong and Sinsa in Gangnam area where there are a lot of plastic surgery clinics clustered almost together if not a few blocks apart.
They have no qualms advertising all their services either, complete with before and after pictures on their banners.

You want to change your eyes? nose? lips? make your chin smaller or bigger? (smaller is the trend, btw) do you want more hair? plumper/fuller breasts? thinner thigh, waist, or legs?

If you can imagine it, the surgeons can do it.

As soon as you reach Apgujeong station, there are a lot of advertisements of the clinics nearby. 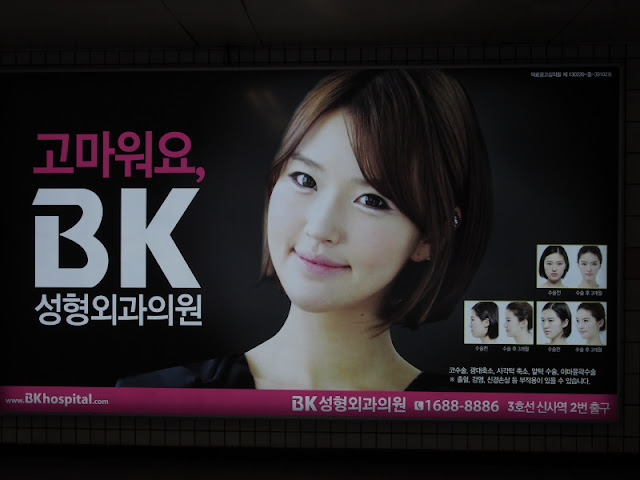 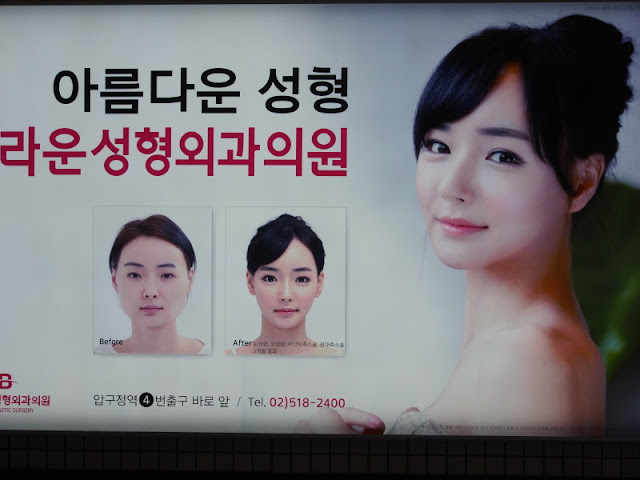 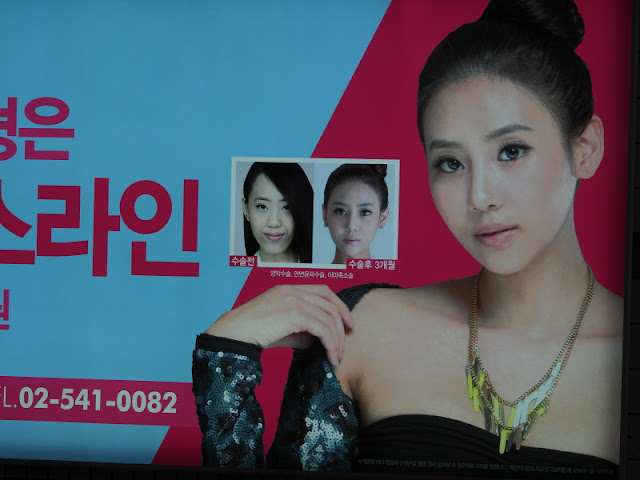 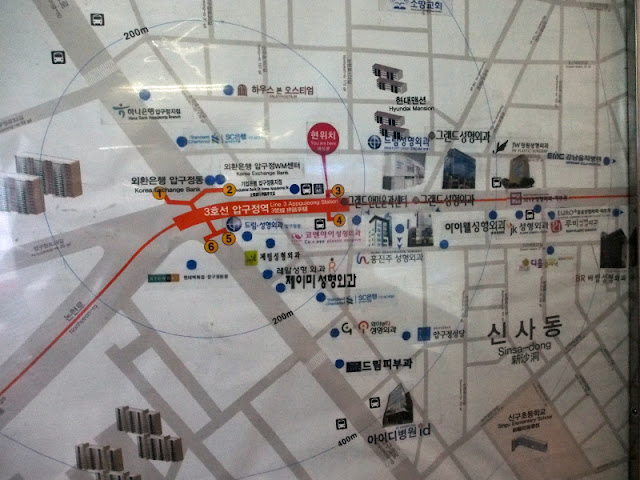 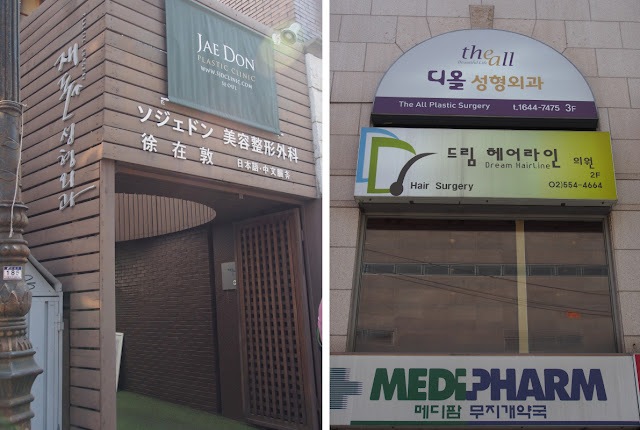 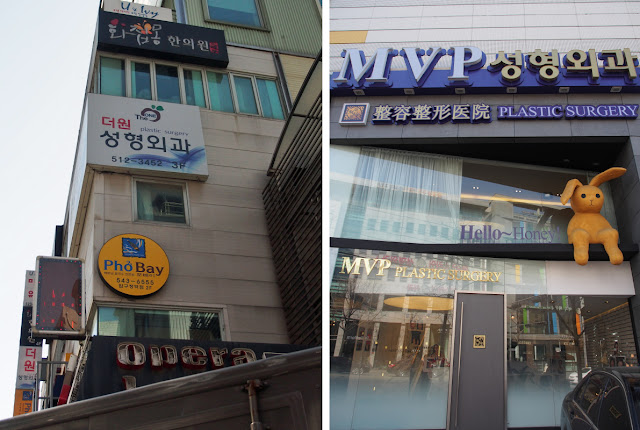 You can practically transform to a different person altogether. Now I can't help but wonder if those beautiful girls I saw at the station have had some procedures done... .

Headed back to Lavinia for a quick nap, then we went out around 8 p.m. to hit the suburb that almost never sleeps - Dongdaemun. Took the subway to Dongdaemun Historical & Culture Park, then as soon as we headed out of exit 14.... ... ... ... shopping malls and markets everywhere. The shopping malls in this area no play play. They close at 4.30 a.m.! 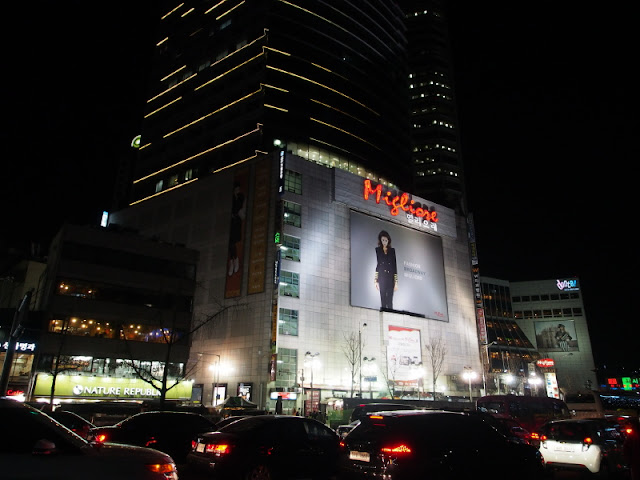 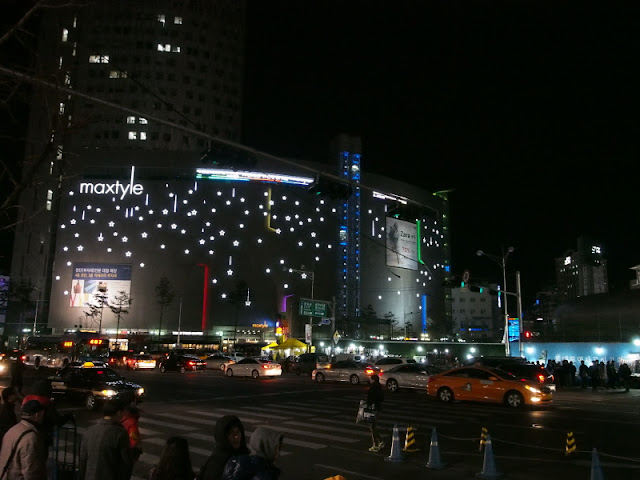 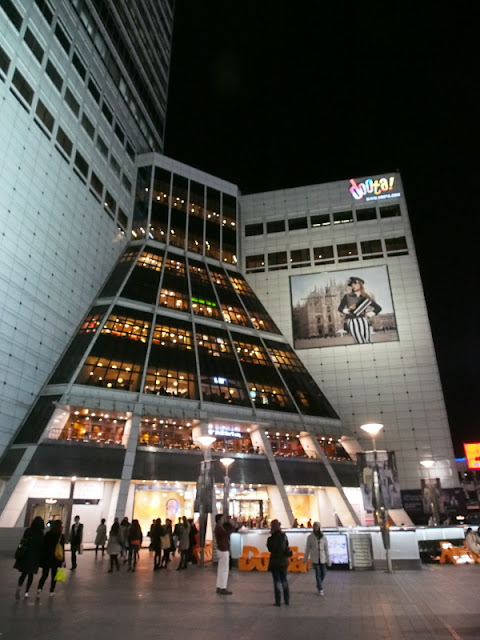 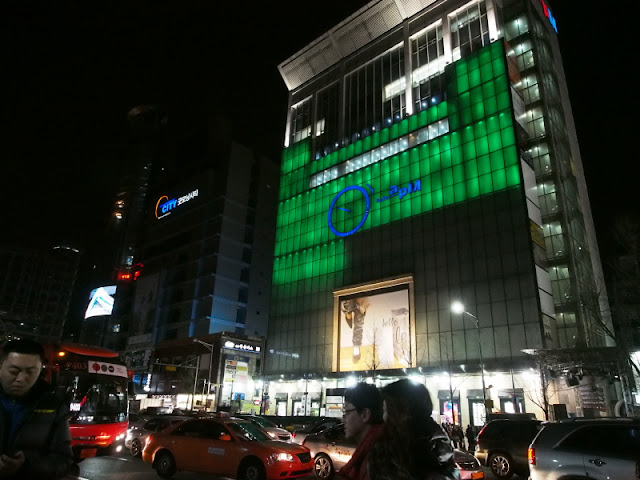 Of course, a visit here wouldn't be complete without taking at least a brief walk along the Cheonggyecheon stream... . 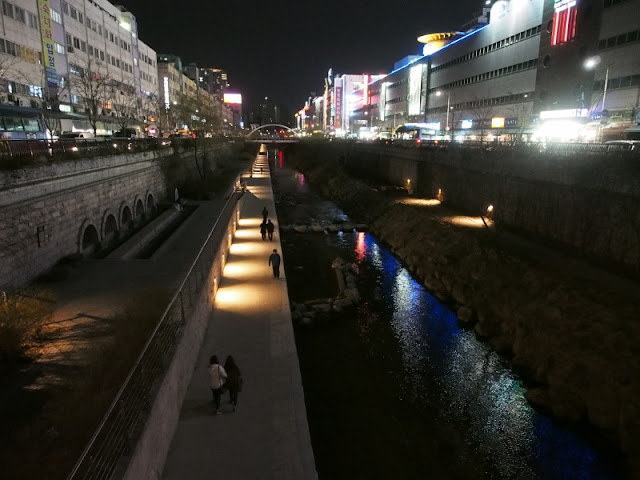 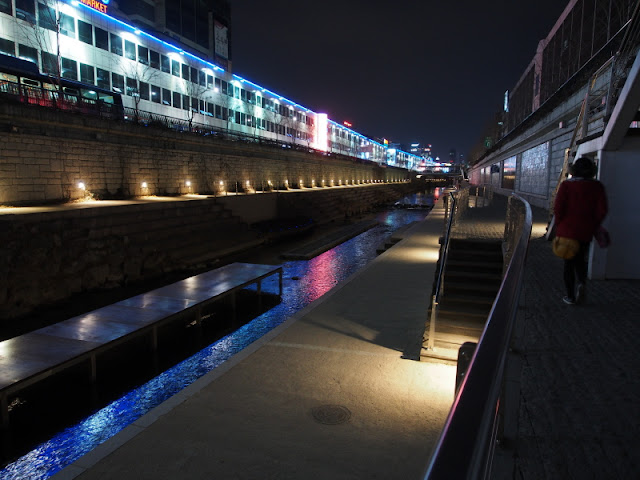 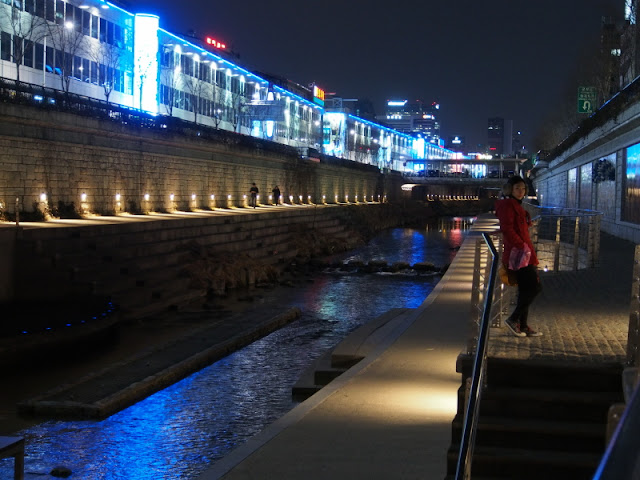 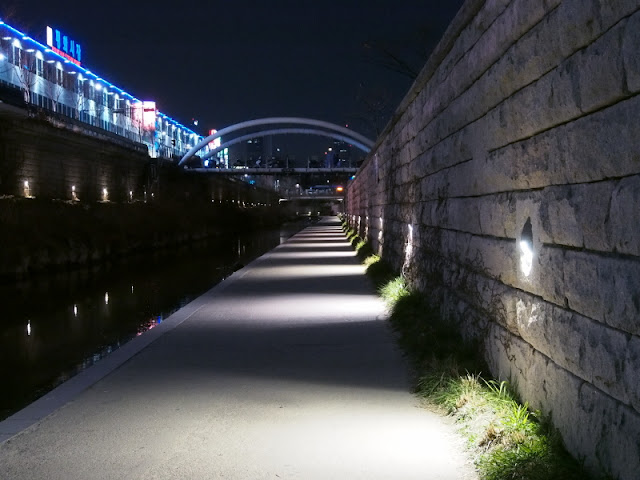 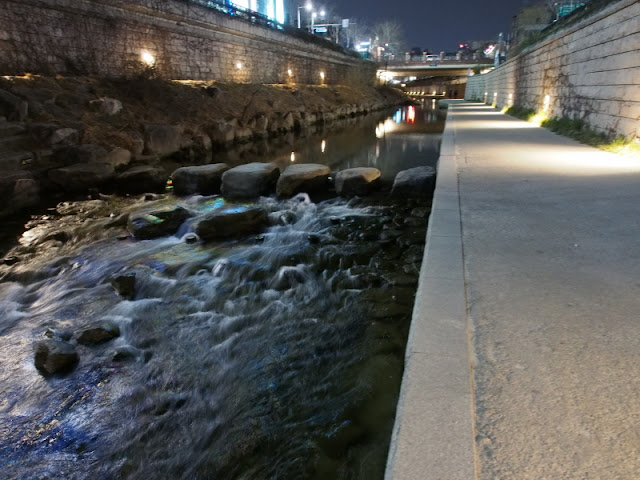