Went to watch Pacific Rim today with 1/2heart, and boy what a movie it is. If you are into sci-fi, please do yourself a favour and watch it now. I personally like this movie way better than World War Z or Man of Steel.

We grabbed some grubs at the nearby Regent Place, a small interconnecting shopping and eateries hub that connects George St, Kent St, and Bathurst St. Haven't been there for a while and now the place is livelier than ever. 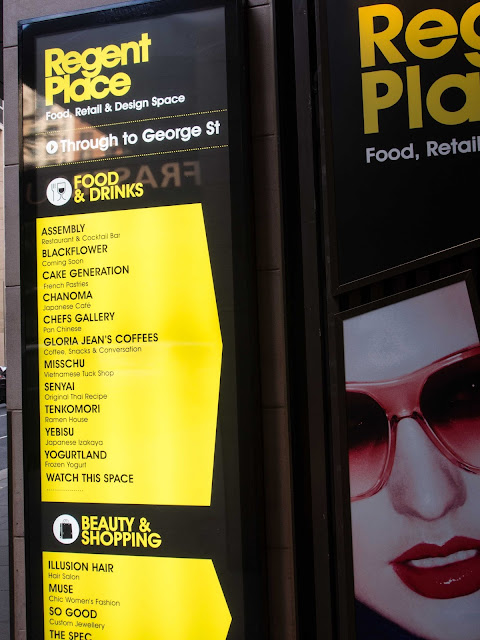 TenkoMori is one of those quick-to-serve Japanese eateries - no fuss and cheap. While a few other establishments focus on Udon, Rice/Don (like Menya Mappen and HanaHana), TenkoMori brings Ramen cheap and fast. The concept is pretty much the same - you order the ramen as 'base' - and they have quite a selection too - then add some side dishes (additional fee, of course), which include a selection of tempura, takoyaki, salad and desserts. 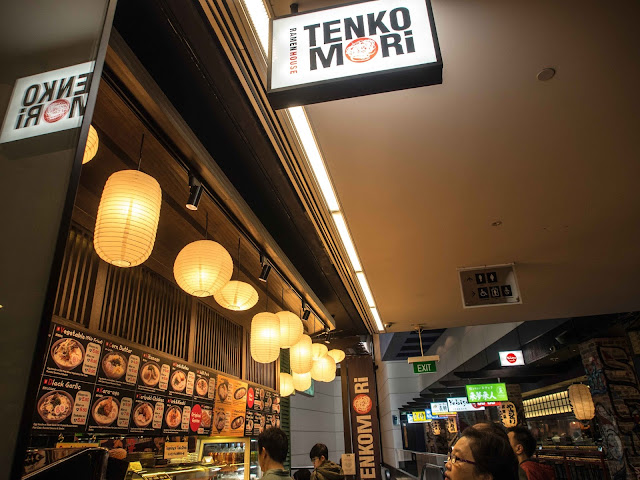 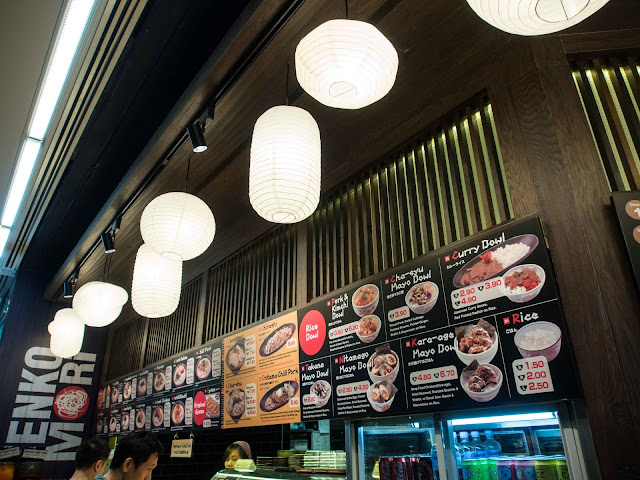 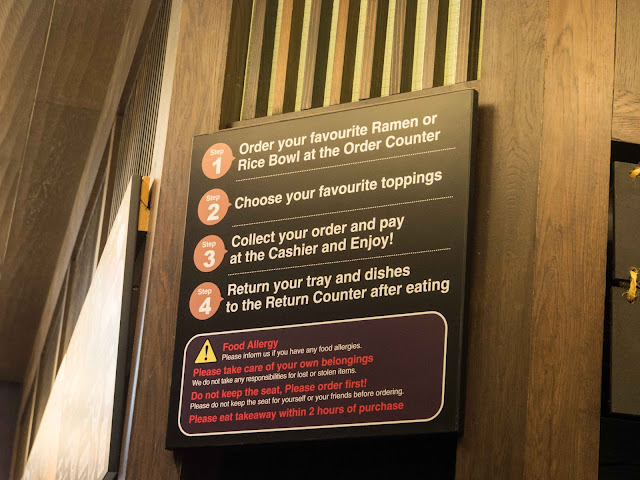 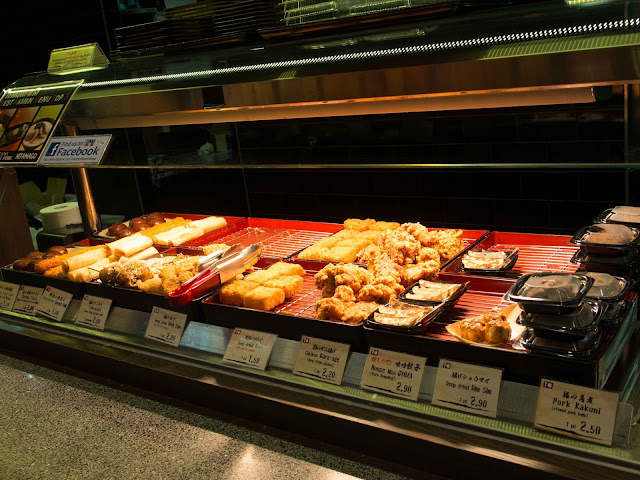 Chanoma - a Japanese cafe that has replaced the previously well-known Azuma patisserie. But for the better - their green tea drinks and desserts on their menu are drool-worthy. 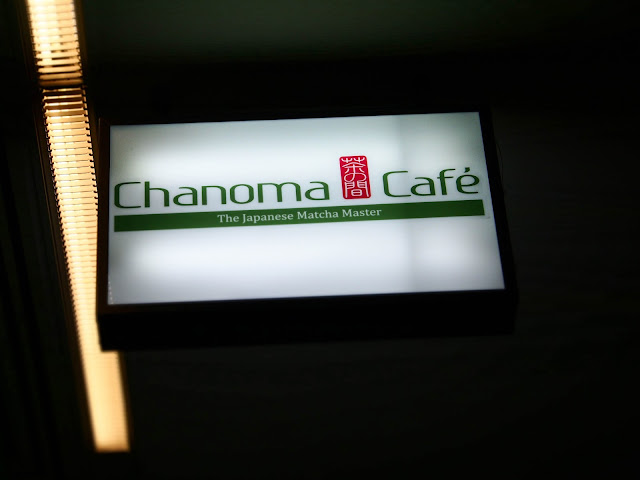 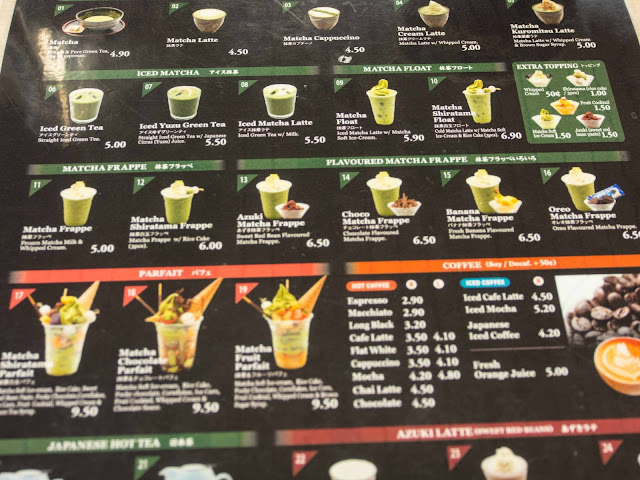 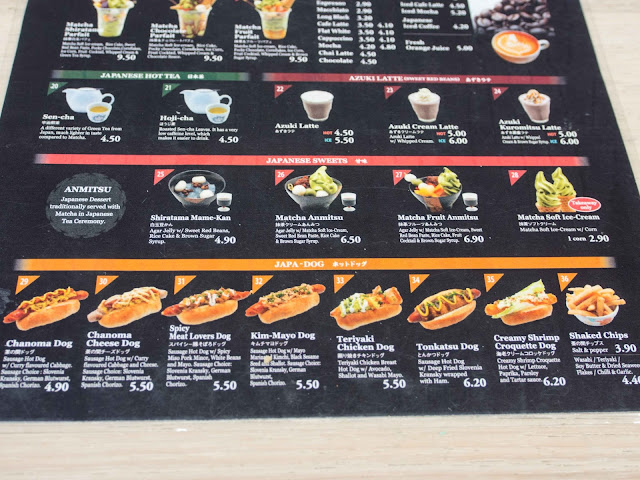 And I highly approve their matcha shiratama float - an iced matcha drink with matcha soft ice cream. The matcha flavour left slight bitter aftertaste true to its matchaness nature (if there is such a word), and not too much milky aftertaste that I absolutely dislike.

For dinner and as our last stop, we went to Senyai - a Thai small eatery located on the lower floor of Regent Place (Kent St. side). I had to say it was quite a disappointing experience, despite the nice selection of dishes and promising look of the place. 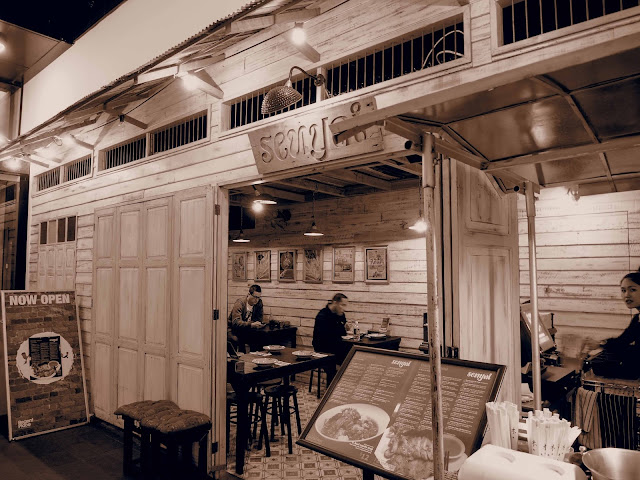 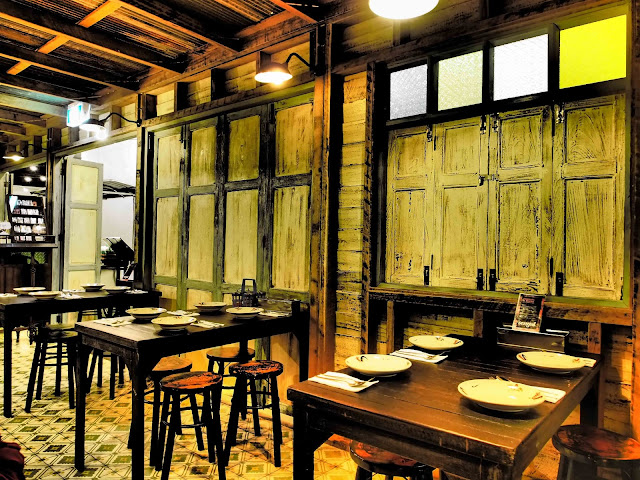 We ordered deep fried fish that costs $29. For this price, I expected a full fish - such as snapper or bream, deep fried to crispy goodness, and seasoned with a special sauce they should homemade. What we got was a few deep fried battered white fish fillet - not unlike frozen ones that could be gotten for cheap at the fish market - smothered in normal sweet chilli sauce, perhaps too much sweet chilli sauce that they actually made my tongue numb in protest (not because it was spicy, but because it was too much of the sweet & sourness that would be OK to be consumed in small quantities, but not this much). The only thing that made this dish 'unique' were pieces of canned lychees & rambutans & chunks of pineapples strewn over the plate that didn't really add any flavour to the fish. 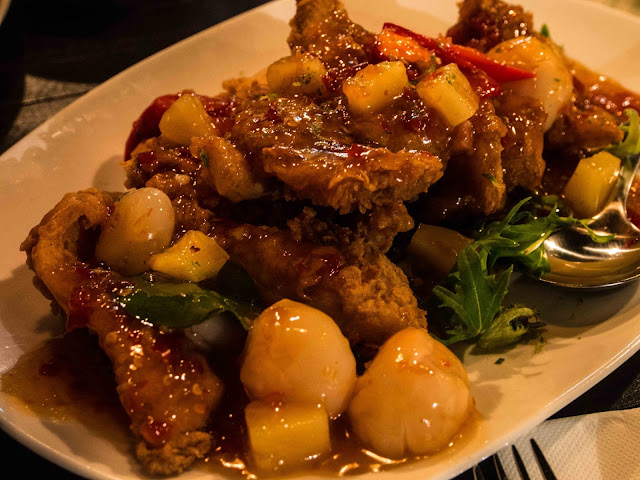 The Morning Glory vegetable dish stir fried in chilli fared better, but for $16, this left us somewhat unsatisfied. We have had better version and about double the portion for about the same price at Albee's Kitchen in Campsie. 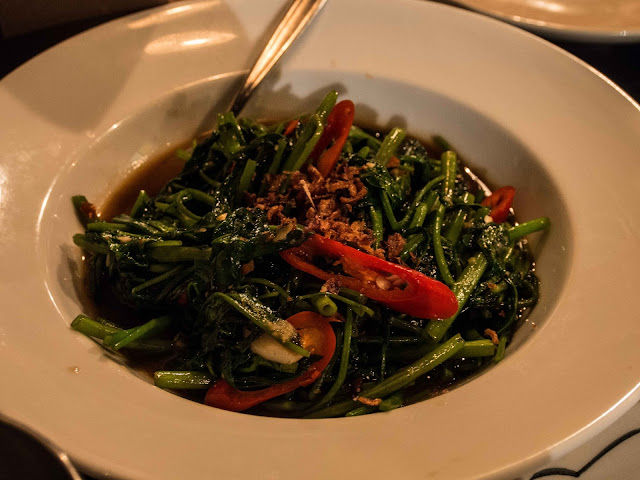 1/2heart said their tomyum fried rice tasted good (he went there once for lunch), and I guess I will be coming back to this place to try other Thai basic dishes (pad see ew, padthai, fried rice, etc). but probably will avoid coming during dinnertime when the price is more expensive than their lunchtime counterpart and especially when tonight I felt significantly ripped off.

Don't get me wrong. I am willing to pay the price for good quality and tasty food, but this place doesn't cut it for me. For the similar price range, I would rather dine at ChatThai or Home, or @Bangkok.